A 26-year-old woman was rushed into the hospital after complaining of severe abdominal pain and throwing up almost every after a meal.

She was Rhina Khatun, who had undergone a major abdominal surgery after it was found out in ultrasound and scanned that she had metals in her belly. 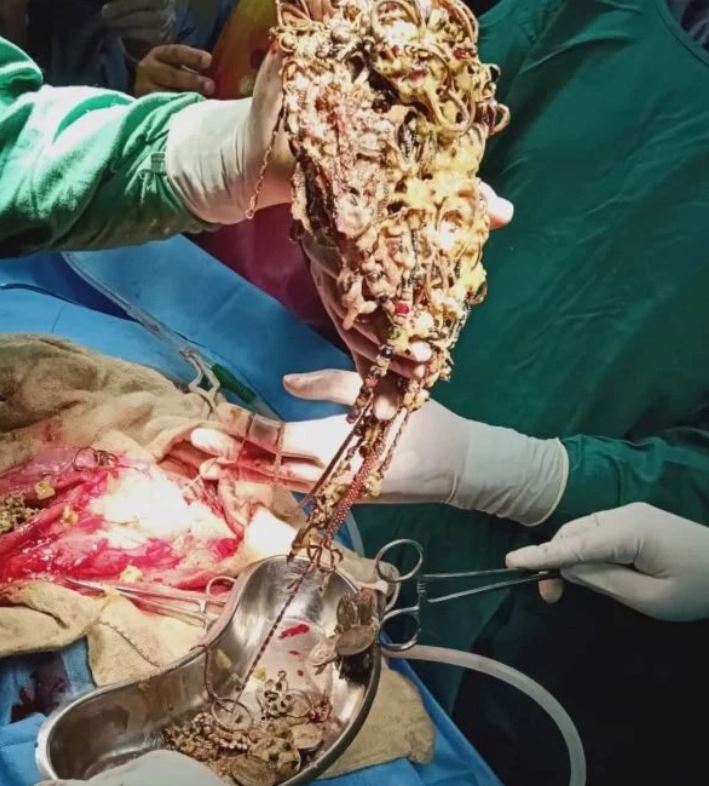 Surgeons at Rampurhat Government Medical College and Hospital, in India, were shocked that the woman had consumed a lot of indigestible stuff that stocked in her stomach for a long time.

A whopping 1.6 kilograms mostly made of copper, brass, and gold items were hoarded in stored in the woman’s stomach. According to The Sun, there were 90 coins, 80 earrings, 69 chains, 11 nose rings, eight lockets, five anklets, four keys, 2-silver coins, and watch dial.

The woman has a Pica Syndrome, a disorder in which a person swallows solid objects for unknown reasons. There is still no found cure for the disorder despite the increasing cases.

Meanwhile, according to Rhina’s mother, she noticed that some ornaments started disappearing in their house. Still, she has no idea that her daughter swallowed them and had caused this serious trouble to her and the family.

The mother also added that Rhina said she found the coins at her brother’s soup, but she just cried when asked why they disappeared.

“The patient looked weak and emaciated at the time when she was admitted to the hospital. Her condition was so critical that she required at least five bottles of blood. She couldn’t even take food physically, so we had to administer Total Parenteral Nutrition (TPN) to inject food through her mouth artificially”, said Dr. Siddhartha Biswas, head of the surgery department. 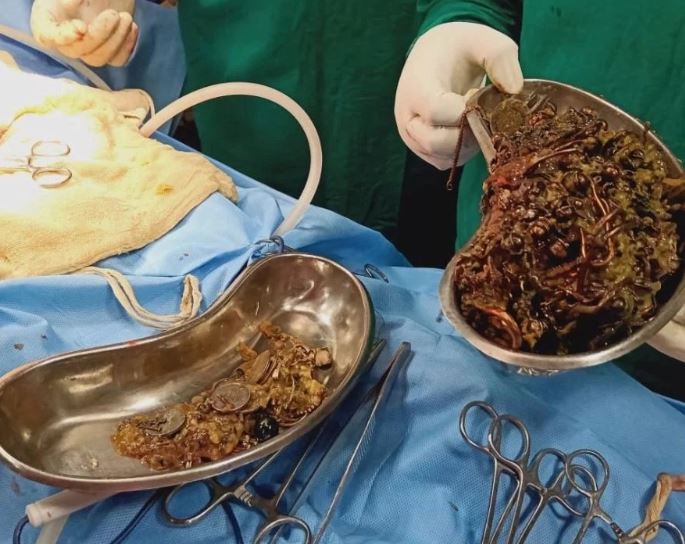 Total parenteral nutrition (TPN) is a method of feeding that bypasses the gastrointestinal tract. Fluids are given into a vein to provide most of the nutrients the body needs. The technique is used when a person cannot or should not receive feedings or fluids by mouth.

Man Cool Off the Wedding After Finding Out His Girlfriend Secret