Howard Chan hails from Benguet. He is a lawyer and pride in their province. Before he became one, he endured many life struggles. “Korte Supremo”, a Twitter page shared the triumph of Atty. Chan. The former crew stated that dreams need to be big and they a person must reach for it. This is what he did. He said that his time will come and he is claiming success! And now, he is a successful law school graduate. Atty. Chan worked as a Service Crew in McDonald’s. 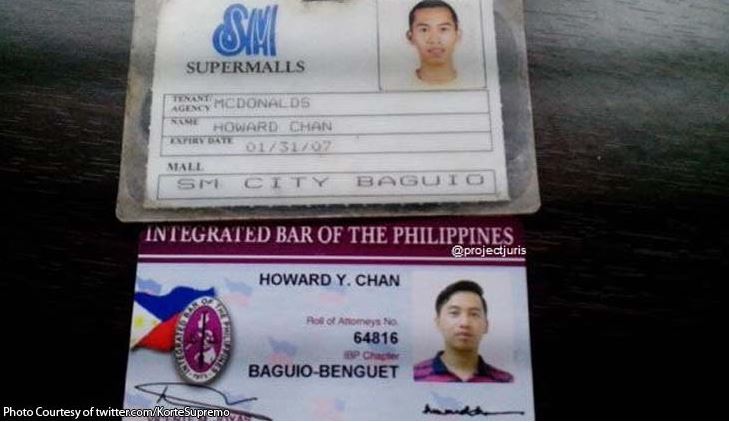 Netizens who saw the posts were inspired by his success! Some even remembered him and said he was nice to talk to. They said he is a good lawyer. It seems that he can also explain cases well. Others congratulated him for supporting himself in Law school. One exclaimed how hard it is to work and study. This is true, especially as a Service Crew. It’s a hard and laborious job. So, for Atty. Chan, this is the realization of his dreams.

One netizen was emotional because he also wanted to be a lawyer. But, he had to work to support his family. So, becoming one is almost impossible now. But for the people who learned about the story of Atty. Chan, there’s hope. He showed everyone that you can do it with dedication. You can reach for your dreams if you are willing to take risks, lose many hours of sleep, and forego good times. This is all about hard work. And, it won’t come easy. You’ll go through a lot if you want it. Failing many times is inevitable. But the rewards are worth it. Ao, if you have a dream, be brave in taking it. Like what Atty. Chan said, claim it. Don’t be afraid of failures because, in the end, you will win. What do you think of this story?

Related Topics:Howard Chan
Up Next