Do you love buying new gadgets? When a new Apple device gets announced, people are going crazy. They immediately want to get their hands on the new iPhone, iPad or MacBook.

When it comes to getting a new Apple device, the best place to go is to an Apple store. Not only do they have more stocks, there are also Mac geniuses who can answer each and every question that you have about the device.

Unfortunately, not all people visiting an Apple store are after a new device. There are others who are asking for a replacement, a repair, and in this case, demand for a refund.

Ben Phillips, a well-known Facebook content creator, posted a video of a man who started a commotion in an Apple store.

He started to smash all the expensive devices in the store, simply because the store personnel refused to give him a refund. 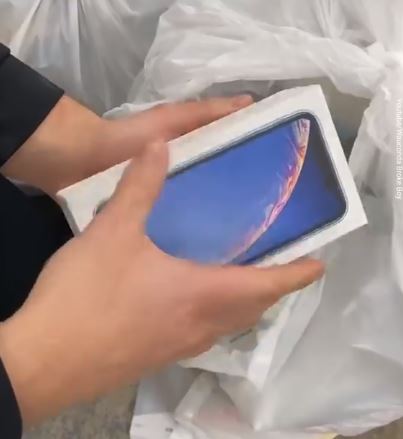 When his request got denied, he started getting the iPhones (which is usually used as a tester for people who are still thinking which gadget to purchase) and iPads, laying them on the table, and using what looks like a metal ball, started smashing the screens.

He broke the whole place down! And before he stepped out of the place, after being confronted by a security guard, he even smashed a very expensive MacBook.

Apparently, based on the reports, he also ran away from the cops.

Can you just imagine how much damage he made after destroying all of those devices! Who do you think will gonna pay for it?

Have you experienced getting a refund and being denied after requesting it? What did you do? Did you tear the place down like this man or you quickly accepted the decision and moved on?

Related Topics:Apple Store
Up Next