Crocodiles are one of the dangerous animals in the world. Crocodiles are considered to be the largest reptiles. These beasts are feared by many because they are strong and can attack you. It can devour its prey within seconds. Crocodiles are kept away from humans and isolated in rivers where people are not allowed to enter. Crocodiles are safe in their natural habitat until garbage reach their home. In Palu River located in Indonesia, a crocodile is seen struggling while a tire is stuck in its neck. The Daily Mail said that the tire came from a Vespa scooter. The tire was tossed in the estuary. The crocodile had a tire since the year 2016. It was able to overcome calamities such as earthquakes and tsunami last 2018. Still, the tire has not been removed around its neck. 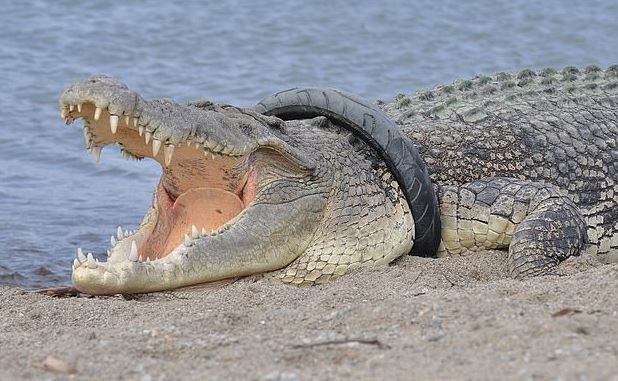 According to the International Union for Conservation of Nature, this Siamese crocodile is now considered as an endangered species. The study showed there are less than 1,000 crocodiles in the existing in the wild. The crocodile’s body is growing but the tire may cause difficulty in breathing or its catching prey. 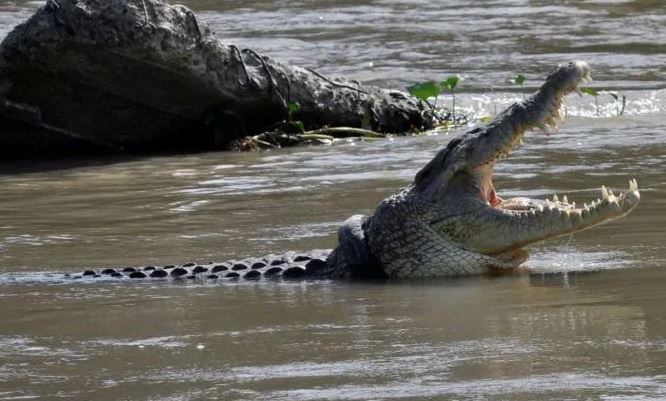 Central Sulawesi’s Natural Conservation Agency thought of a brilliant way to help the crocodile. Hasmuni Hasmar said that he is willing to give a cash reward to someone who can bravely remove the tire from the crocodile. He said that the money will be his own money because the agency is low on budget. Hasmuni Hasmar did not mention the exact amount of money. Hasmuni Hasmar only encourages the professionals to take on this challenge and warned other people that this is extremely dangerous. Amateurs may be killed if they do not know what to do because the creature’s size is 13 feet now.

The River flows and turned Red when an Earthquake hits Turkey