The parents of Jayvee Lazaro Badile II couldn’t be prouder for his accomplishments. This successful lad is their adoptive son but they treated him like their own. Jayvee became so grateful to them that he promised he will make them proud. True to his promise, he built them a house and all their family members are now living there.

The family of nine is now living in a mansion! What an amazing way to thank his parents. Jayvee looks up to them and shares how thankful he is because they gave him a family. He may be adopted but he never felt an outsider. He was always a member of the clan. The proof is the photos he shared in his Social Media. The photo is a throwback to Christmas 2012. They were living in a dilapidated house at that time. But, Jayvee didn’t mind. To him, that part of his life is a stepping stone to what he is now.

Jayvee is now a manager for Sunlife Philippines. It is an insurance company and it’s a big industry in the country. His hard work pays off since he always brings his family abroad. They’ve been to Australia, Dubai, and New Zealand. Wow, it looks like Jayvee is working harder to keep his family happier and well-traveled. He is now fulfilling his promises to the people who nurtured him through the years. 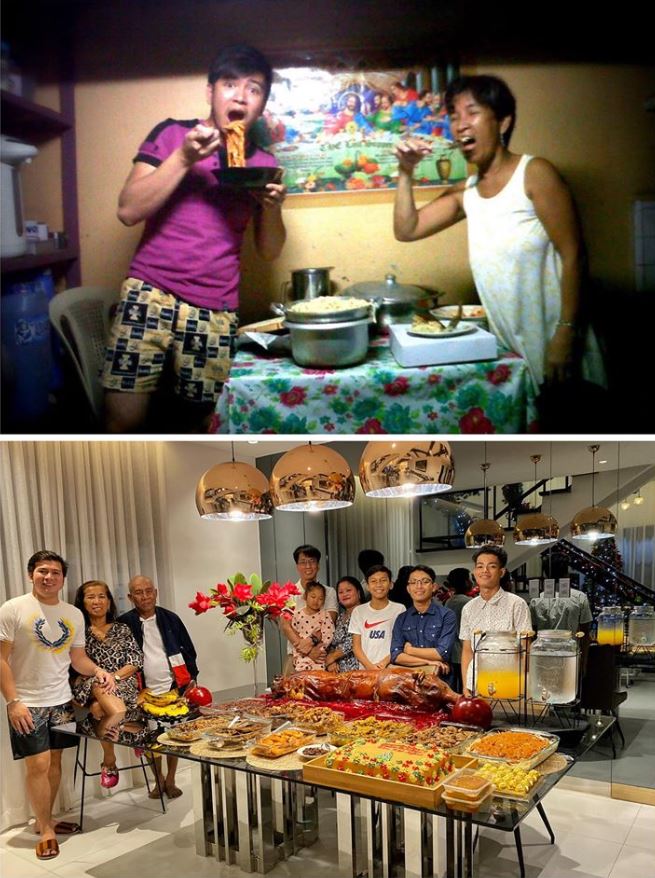 His story is now a viral sensation and KMJS featured their story. His photos which are in his Social Media account are an inspiration to many. Included in the photos are the throwback of the dilapidated house they used to rent in Bocaue, Bulacan, their 2012 Noche Buena, and pictures of their mansion. The house is a three-story structure with a porch and roof deck. Netizens can’t help but feel inspired. And, who wouldn’t? This is a real story about love even when you are not blood-related. 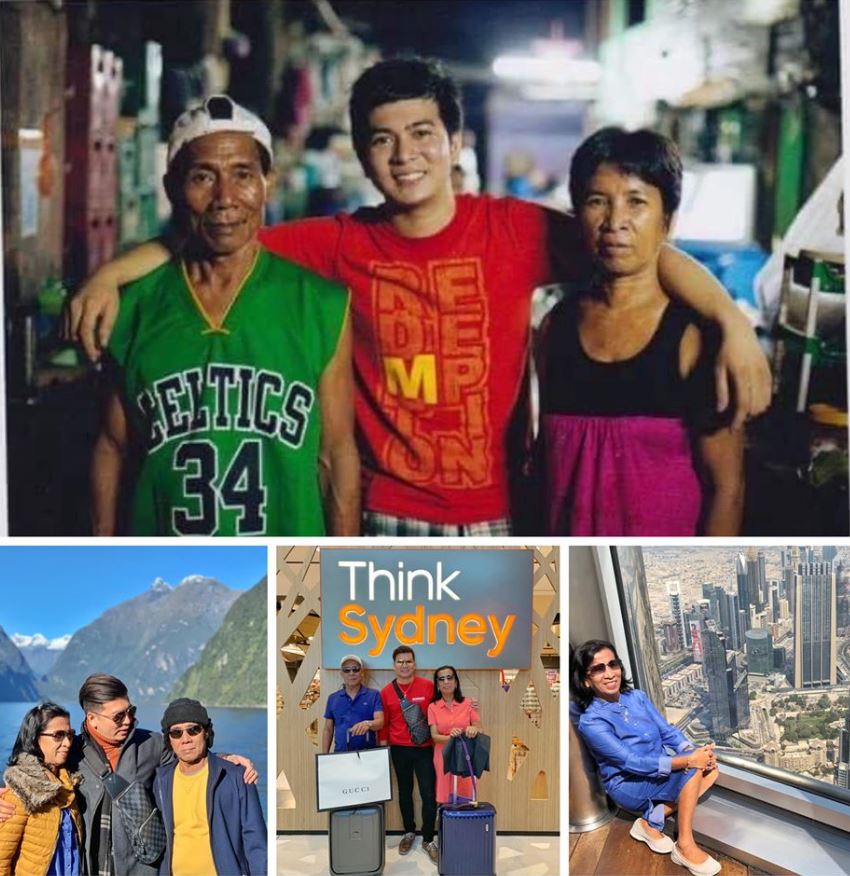