Help will always find its way to the ones who need it. Kind riders learned about Aljin Buenaflor from the viral post of Mirose Callores. Callores saw the boy one night. He was studying under a street lamp. He was so busy that he didn’t even see the woman taking his picture. Little did he know, this picture will earn him praises! Not only that but, he will also receive the help he needed. 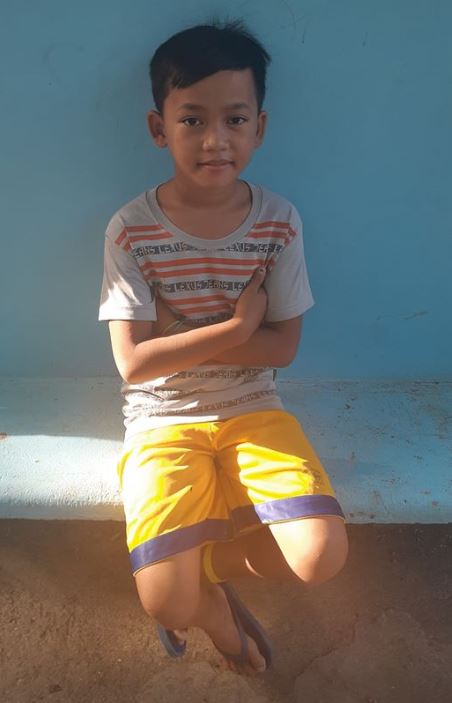 The concerned citizen took the viral photo in Barangay Bato, Malusay, Guihulngan City, Negros Oriental. It was already 8:30 pm, yet, the boy was still busy studying. He knelt on his notebook and studied his lessons using the road barrier as his “table”. He must have finished his assignments that night. More importantly, that will mark a significant change in his life. 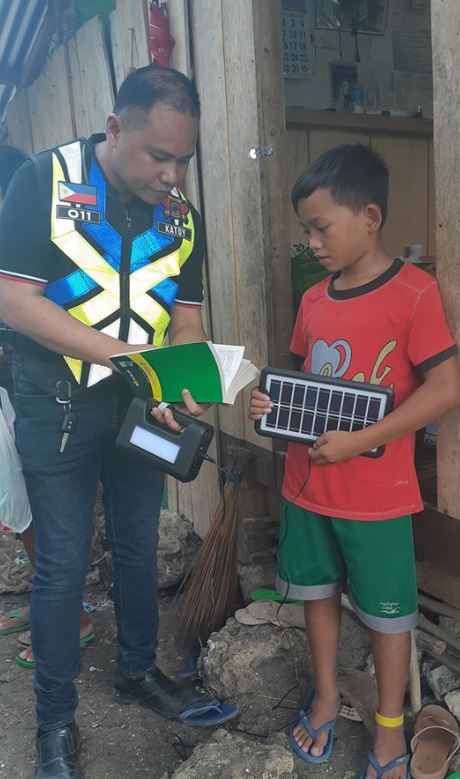 The story became an instant hit on netizens. It got many shares and reactions. Through this, the Team Empowered Riders noticed. They’re a group of riders from the nearby Sagay City, Negros Occidental. They drove to the boy’s hometown when they saw the post! The group also brought a surprise to them! They gave the boy a digital solar lighting kit. The boy can recharge the kit so he can always use it. The best part is he can put the kit under the sun. There’s no need to plug it into an electrical outlet! What a good way to start the year! But that’s not all! The group also gave the boy some groceries and school supplies! This proves that there are still good people out there. We just have to look in our hearts to find that. It all starts within us. Like this boy who only wants to study. He inspired many people through his dedication to study. Also, let us not forget about the Team Empowered Riders who were so kind as to help the boy and his family. May these generous people continue to grow in numbers!

Related Topics:tudent Using a Street Lamp
Up Next

Traditional Prosperity Dance During a Couple’s Wedding and They got Whopping Php629,000